MY Vanadis wins “Eco Award” during the Boat International Design Awards Gala of last Sunday in Cortina D’Ampezzo in the Italian Dolomites.

From an Array of worthy entrants, the judges were most impressed by Cerri Cantieri Navali’s well-prepared entry for MY “Vanadis”. This is the most comprehensive diesel-electric power system yet of a yacht of modest (32m) length and has the first Hybrid Power certification by Lloyds Register for an Italian-built yacht.

Ten years ago, the yacht’s owner began conceptualising an environmentally friendly, hit-tech project with maximum propulsion efficiency for long-range cruising. Less than two years ago, he took his challenge to CCN, which co-ordinated the build and a large international cast of specialist companies. Key to the success of the project was analysis of efficient power sources and distribution for all navigation and hotel loads based on the owner’s request for both fin and gyro stabilisation and great manoeuvring, including Dynamic Positioning. Siemens combined propulsion control and power generation, plus the management of the entry stored in lithium-ion batteries, in one seven-mode application. This latest generation system uses a single 750V DC network to distribute the power needed for the animating schottel pod propulsion and the auxiliary systems, including a battery powered night mode.

We congratulate the owners, the shipyard CCN Yachts and Naval Architect Jaron Ginton and everybody who was involved in the build of this great project! 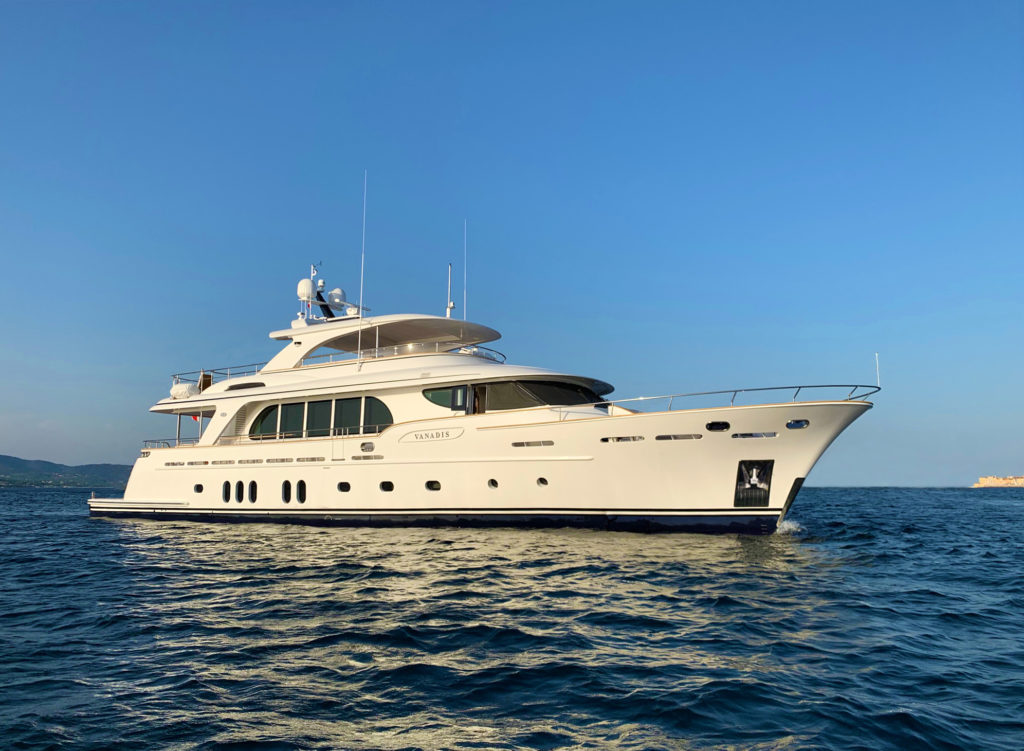